NanoArt21 Exhibition at Passion for Knowledge Festival, in Spain 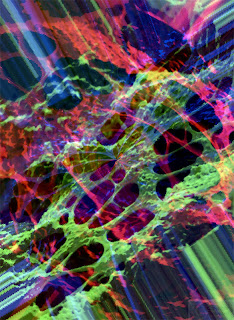 Passion for Knowledge is a festival that brings world leading scientists and humanists together from different disciplines and cultures to celebrate the 10th anniversary of the Donostia International Physics Center under the commitment for progress of science driven by the love for knowledge. Along with highlighting the thirst for knowledge as the driving force behind scientific, technological and cultural progress, the festival aims to expand the debate and to engage the society in the celebration, and is spread out to different venues in the entire city of San Sebastian. The festival comprises a number of outreach activities such as encounters, exhibitions, seminars and contests with the objective of promoting science as a cultural activity, establishing connections between scientists and citizens, and fostering the participation of the public in the dissemination of science.

"NanoArt is a new art discipline at the art-science-technology intersections. It features nanolandscapes (molecular and atomic landscapes which are natural structures of matter at molecular and atomic scales) and nanosculptures (structures created by scientists and artists by manipulating matter at molecular and atomic scales using chemical and physical processes). These structures are visualized with powerful research tools like scanning electron microscopes and atomic force microscopes and their scientific images are captured and further processed by using different artistic techniques to convert them into artworks showcased for large audiences." (Cris Orfescu)
Posted by Cris Orfescu at 12:36 PM 1 comment: