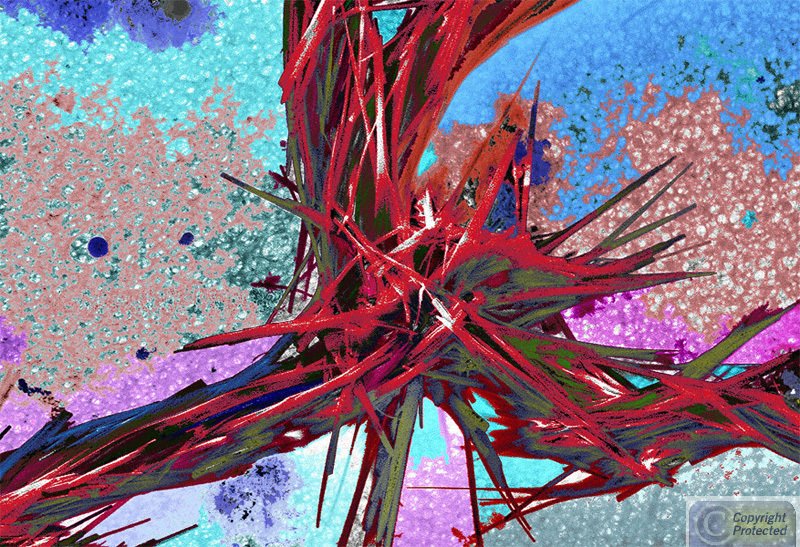 California artist Cris Orfescu will exhibit his NANOART work at the 5th International Biennale of Contemporary Art, in December 2005, in Florence, Italy.

The Florence Biennale is world's most comprehensive exhibition of contemporary art. This exhibition is defined as a wonderful Biennale, with 890 artists from 72 nations participating despite their differences of language and faith, and found a common language in art to communicate their cultural values illustrating Kofi Annan's statement: "Artists have a special role to play in the global struggle for peace. At their best, artists speak not only to people; they speak for them. Art is a weapon against ignorance and hatred and an agent of public awareness… Art opens new doors for learning, understanding, and peace among people and nations." The competition committee estimated the last Biennale’s audience to be around 40,000 attendees. Participation in the Biennale is by nomination only and the artists are selected solely on the basis of the merit of their works, with no prejudices as to style, theme or artistic movement. 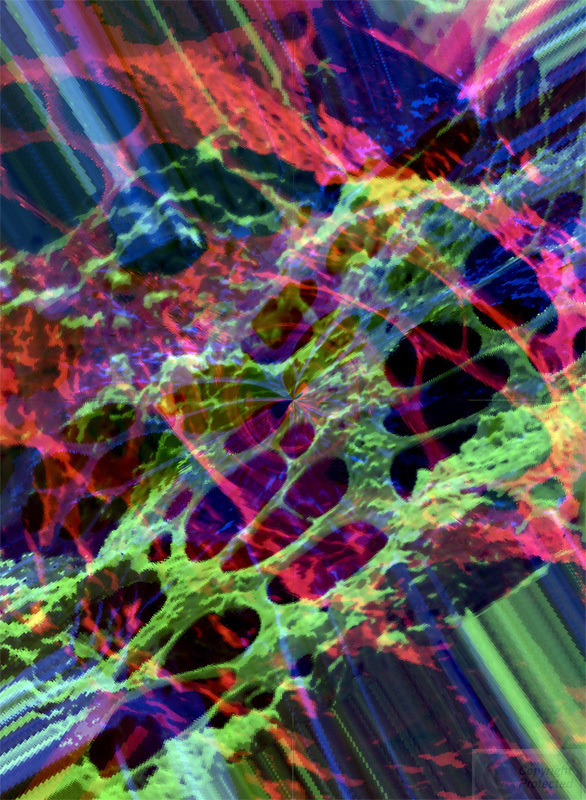 The Exhibition was juried by James Mullen, Professor of Art and Dean of Humanities and Fine Art, Emeritus, at State University of New York at Oneonta.

The Studio School & Art Gallery was established as a not for-profit organization in 1980 for the purpose of education through the presentation of contemporary art, and has sponsored well over 100 solo exhibitions by Southern Tier artists and beyond, always striving to provide recognition for the significant but under recognized artist. This is the fifteenth international mini print exhibition sponsored by the Studio School & Art Gallery since 1985, continuing to provide a forum where international art can be brought together.

Roberson Museum and Science Center, in hosting this exhibition, continues as a venue where artists and audiences, professionals and novices come together. Roberson’s own Printmaking Studio becomes a site for demonstration and experimentation, and participants experience the two-way relationship between studio and gallery.

World of Art Award for NANOART 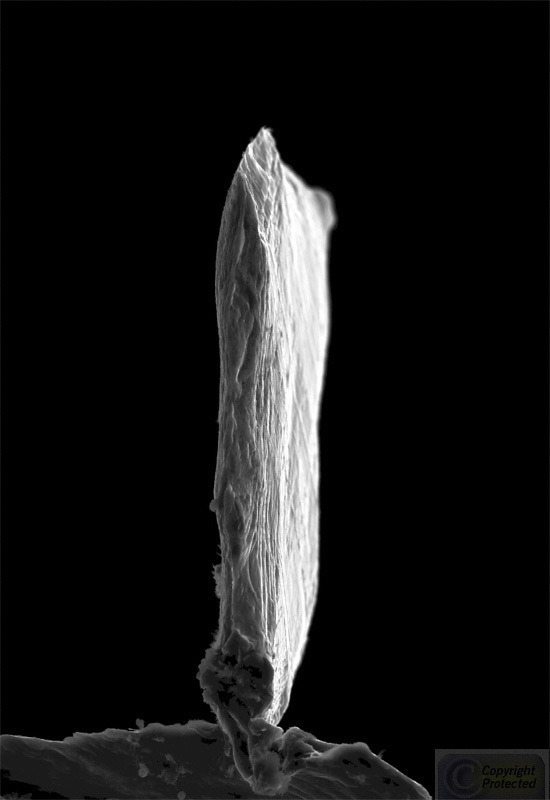 Cris Orfescu won the World of Art Award for the Best in Art & Creativity. His NANOART work will be published by WAA along with other awarded artists in the art book "Art & Creativity - Contemporary Artists".

The World of Art Award (WAA) is a global initiative for selecting and promoting the best in Art, Creativity & Culture. It is led by the Art Addiction Medial Museum (AAMM) and is held in the framework of World of Art, the global art publishing.

World of Art is a trendy and sophisticated global art publishing created for artists, galleries, museums, dealers, art collectors, who seek the latest news and trends in the art world. Featured articles include profiles of artists and galleries, updates on art literature, show reviews, gallery news and event schedules, reporting on the art, personalities, trends and events that shape the art world. World of Art magazine is a graphic creation itself and source of information. Marketing and distribution provided through newsstands and large bookstores by Ingram Periodicals available in US newsstands and Internationally including Barnes & Noble, Borders, Anderson, Amazon, Powell’s, Alibis, Books-A-Million, Buy.com, Wal-Mart, Ecampus, Textbook, Blackwell in USA, Canada, France, Germany, Great Britain, Australia, Japan and many others.

World of Art editorial offices are in London and Stockholm.
Editor and Publisher Petru Russu. 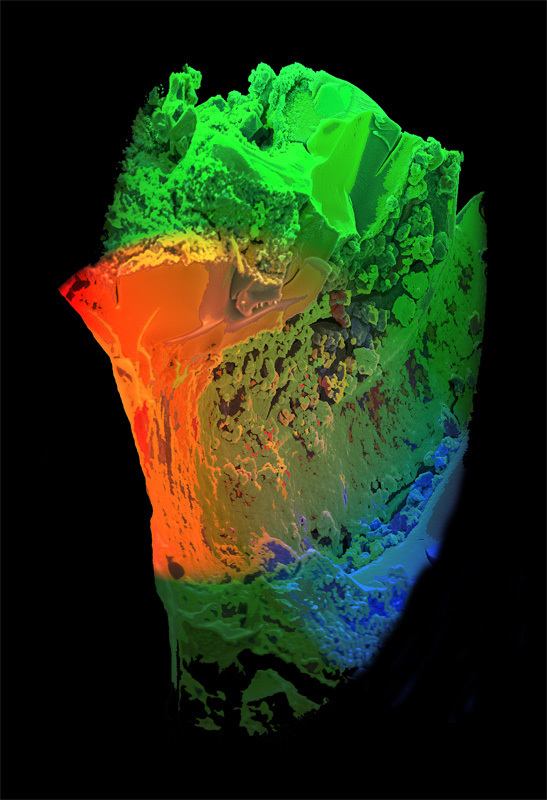 Cris Orfescu won the First Place award in the New Media category at the Spring 2005 "Affaire in the Gardens" art show in Beverly Hills, California.

The show features art by more than 200 exhibitors from around the nation, who showcase their work in photography, painting, sculpture, watercolor, mixed media, ceramics, jewelry, drawings, graphics and prints.

Held each May and October since 1973, the Art Show is one of the most popular art events on the West Coast.

Here is an excerpt from the show program:
"Cris Orfescu will present a new form of art, NANOART, a sort of digital painting which uses computer graphics and the Scanning Electron Microscope. NanoArt is the essence of the Nanotechnology ideal of the 21st century, says Cris. He will use a running slide show of his art, and will show a short movie on the electron microscope every two hours. He will explain his use of the microscope in his art. As Cris says, NANOART is "the transition from science to art through technology". He introduces us to a world of strange and vivid forms, a microworld made visible. 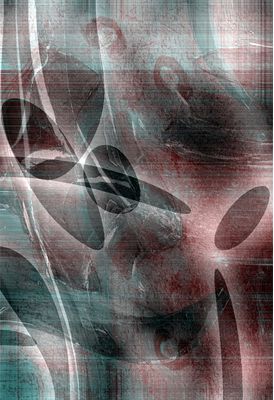 Shouting their presence in loud shades of red, blue and yellow, artist and scientist Cris Orfescu's images look first like abstract pieces. The colorful curves, angular lines and sudden bursts that command the canvases appear to be the fantastical expression of the artist's whim and creative taste.

Then familiar objects begin to appear in the abstract renderings. One resembles a falling leaf; another could be a bird of paradise.

That exploratory process is what Orfescu hopes viewers experience when they look at his work on display this month in a two-man show at La Casa Decor Interiors in Los Angeles.

That way, when he explains that the images are actually what he calls "nanoart," showing colored images of such impossibly tiny objects as dust and dirt particles, he hopes onlookers will have a greater connection with nanotechnology.

"The whole idea behind this is I want people to understand a little bit more about nanotechnology," Orfescu said. "I'm trying to make a parallel with the macro world --- the one we see with the naked eye."

Nanotechnology is the science and development that deals with the minutest of technological scales --- sometimes involving the manipulation of single atoms. "Nano" implies a billionth. Therefore, a nanosecond is one billionth of a second and a nanometer is a billionth of a meter.

The potential for applications of the field's outcomes is enormous and broad-reaching. From medical advancements to environmental protection to textile improvements, many scientists are convinced nanotechnology will alter the way we live in the decades to come.

As the field has advanced, scientists, politicians, environmental managers and ethicists have also increasingly brought the potential negative impacts such technologies may inflict to the forefront.

Orfescu has worked for more than a decade in the field of nanotechnology as a materials scientist and manager of the analytical laboratory at Caleb Technology in Torrance. After several years, he said he got the feeling that most people didn't have any understanding of what scientists were trying to do with nanotechnology. And he wanted to change that.

Orfescu said he thinks people are not aware of the ways nanotechnology could benefit society. "They only see the potential dangers. We have to look at the good sides of nanotechnology as well," he said.

He hopes his images will help shed some light on the value nanotechnololgy offers for quality of life improvements by making what he calls "nano-things" more appealing and accessible.

To create them, he uses a type of powerful microscope called a scanning electron microscope to image his extremely small samples --- usually between tens of nanometers and a few thousands of nanometers in size.

The resulting images show the negatively charged particles, or electrons, in the sample in black and white. Orfescu then digitally processes them, adding color and manipulating the images in PhotoShop until he arrives at an end product that pleases his artistic sensibilities.

Other scientists working in nanoart are concerned with the science in their images more than the art, he said. For example, some scientists provide extreme close-ups of samples for scientific journals. "But I have been trying to go towards art," he said. "If you look at my work, most of the images have lost most of the scientific information."

Orfescu's final products illustrate depth and three dimensions in a manner that sets his process of electron imaging apart from traditional photography, where images are created by particles of light rather than by electrons.

One of the artist's personal favorites from his exhibit is a work called "In Pieces." To create it, he used the microscope to image a micro drop of colloidal graphite, which he froze with liquid nitrogen. In the process, the graphite cracked, creating interesting angles throughout the piece, which he then coated with gold. The finished piece looks like an other-worldly metal reflecting hues of purple, yellow and blue.

Each viewer sees something different in Orfescu's work, and he says that's what he likes about abstract art --- it makes people think.

Orfescu's partner in the exhibit, photographer Rick Chinelli, said "personally, I think that Cris works on another level both physically and mentally." While Chinelli said his own work looks closely at subjects on a human level, he said Orfescu's takes an intimate look on the molecular level.

Having their differing work displayed side by side makes a statement about art itself, Chinelli said. But the two exhibits are tied together in their dissonance. "People come from all walks of life and relate to both," he said.